Davitra (Cambodia) Co., Ltd’s multi-million-dollar 10ha Koh Slaket studio-cum-resort just east of the capital is due to open its first phase to the public in April-May 2022. The three-phased project offers a unique concept in the Kingdom, that seeks to build the local arts scene and deliver a memorable new option for day trippers, says founder Chan Davy. She tells The Post: “We’ve set up a tourist-style studio where film and music can be recorded both indoors and in the courtyard, and want to develop the project into an international venue that entices both local and foreign tourists.” 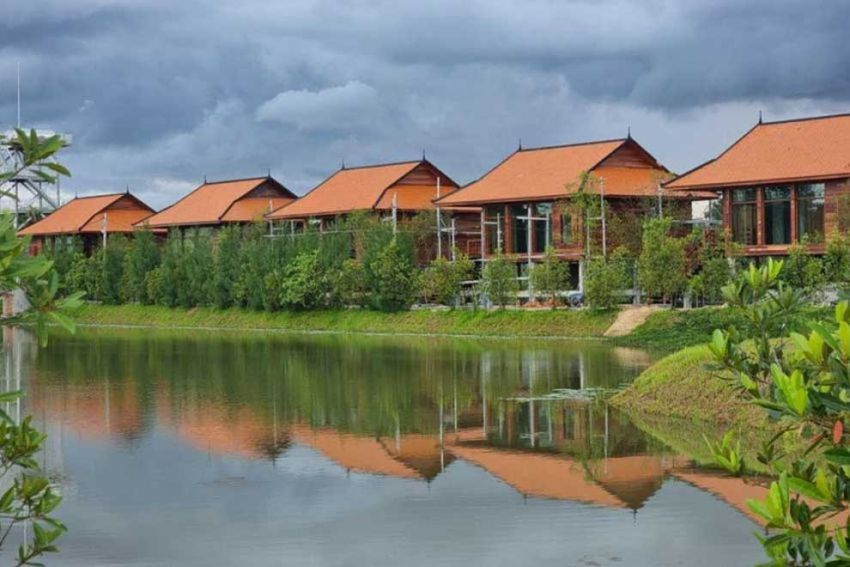 Construction of a number of first-phase facilities have been completed, including a building to house the voice recording studio, meeting halls and offices, a canteen, swimming pool and five bungalows, she says, sharing that Koh Slaket will eventually feature a cafe, gym and a sizeable school that will offer exchange programmes to Beijing, China.

In brief, Davitra bills itself as a consulting firm specialising in the fields of overseas scholarship, career development services, marketing and sales, as well as parenting education.

Davy proceeded to rave that the studio would be fitted with US-imported state-of-the-art equipment from well-known brands not readily available in the Kingdom.

Including in the list are the Roland U-220 RS-PCM sound module, Roland Super JV sound synthesiser and Avantone CLA-10 passive studio monitor system, as well as equipment from Avid, Argosy, Genelec and Avalon, among other gear, worth a total of over $500,000, the company says, quipping that the amount is equivalent to the local price of two brand-new 2021 Lexus LX 570 Black Editions, also called “Kuro” using the Japanese word for the colour. Davy goes on to say that Davitra has also determined a location for, and designed a number of houses in the traditional Khmer architectural style that are set to be built in Phase II, which she notes will also include many more lakefront structures such as bungalows and entertainment places. And in a far more formidable undertaking, a large general-education preschool-to-undergraduate school is planned for Phase III that will provide undergrads “two years of study in Cambodia and two more in China”, she says.

“We’ve teamed up with partners in China to offer our Cambodian students the opportunity to go to college in Beijing and have also been brainstorming with suppliers on the construction of the building.”

Nonetheless, Koh Slaket was envisioned mainly in a traditional Khmer aesthetic but with a splash of contemporary flavours to accentuate its appeal, Davy enthuses.

A cluster of bungalows and other traditional-style houses crafted using techniques inspired by Khmer, Thai and Japanese influences, along with artificial lakes designed to appear natural, will provide the fictional settings of a multitude of film projects, she foresees, adding that the resort will also give visitors a practical way to spectate the filming and music-recording processes.

“I invested in this project because my husband loves everything related to tourism and art, as well as tradition, and we want to do our bit to protect and preserve our traditions and customs.

“And it represents a compelling investment prospect, we have not seen any investors interested in bankrolling such a studio-slash-resort establishment. My husband and I saw this as an opportunity to do something new, which no one had done before,” Davy says, confident that Koh Slaket will garner a wealth of support from the public.

Cambodia Chamber of Commerce vice-president, Lim Heng acclaims the project and volunteers the trade body to assist Davitra with documents and legal issues, an offer he notes is customary with domestic and foreign ventures in the Kingdom. 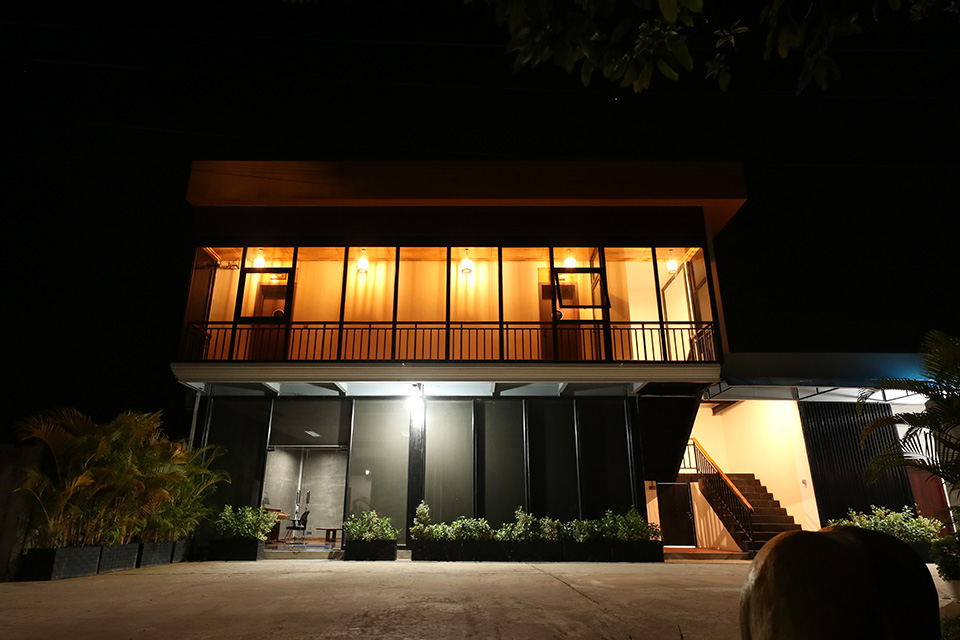 The company’s decision to embark on their new entrepreneurial journey comes after a prolonged period of studying the market, he emphasizes in a word of caution to prospective investors hoping to jump into the arena.

He believes Koh Slaket is well-positioned for post-pandemic success domestically and internationally, stressing that the government’s vaccination campaigns nationwide are almost complete, as scheduled. 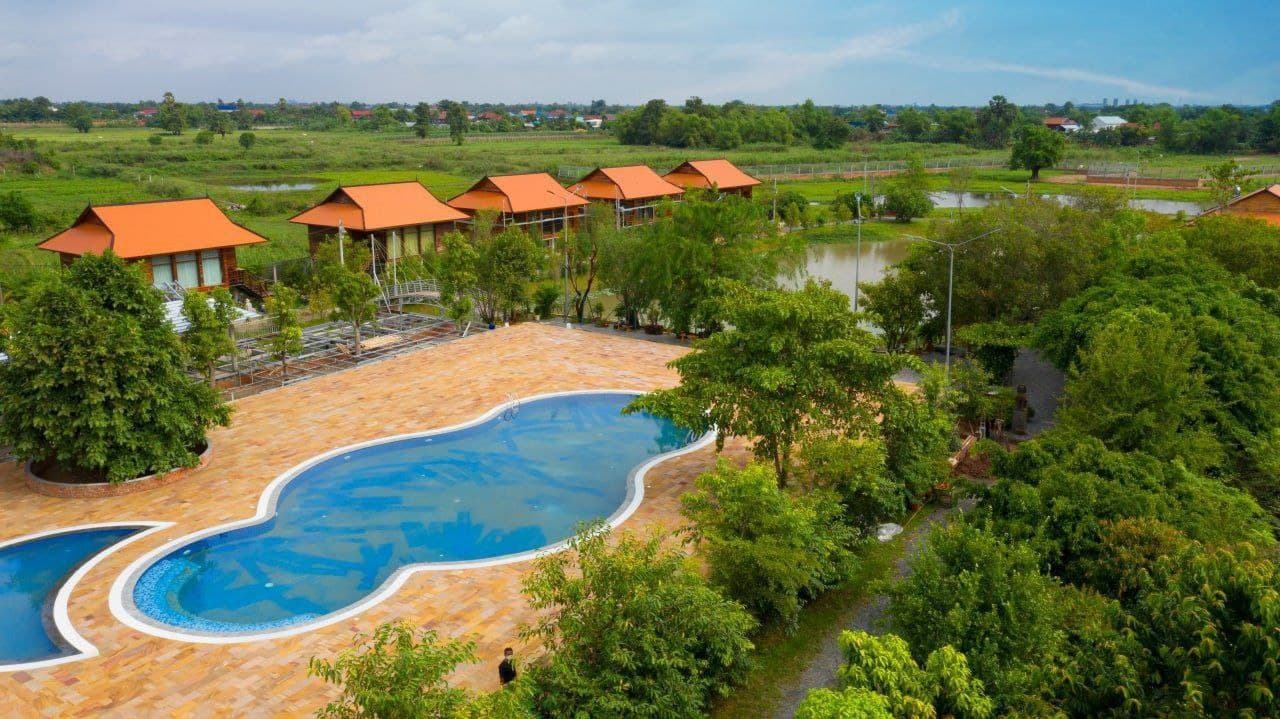 “And the Cambodia-Korea, Cambodia-China, and other free trade agreements will attract more investors to Cambodia, who will need offices, accommodations and entertainment venues,” Heng points out. 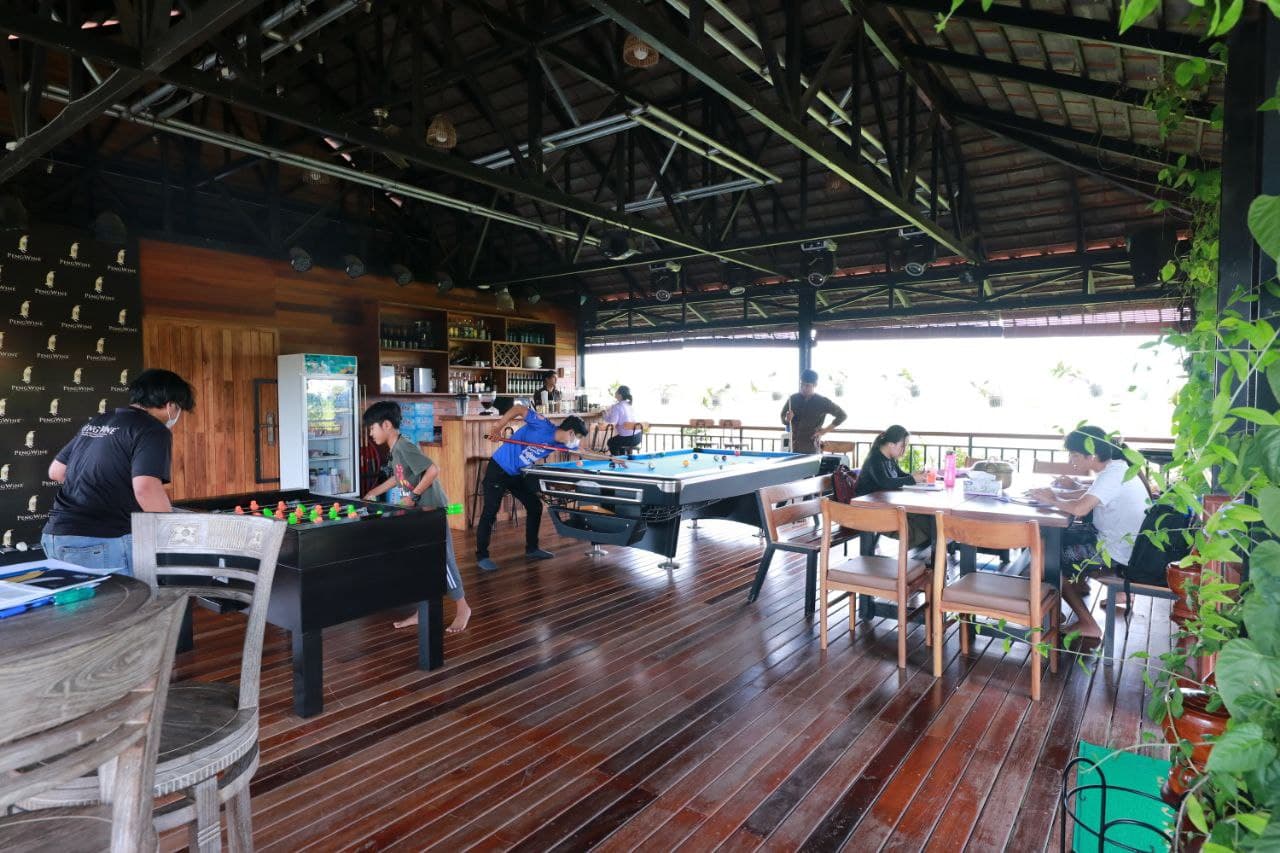 Motorists travelling east on Highway 1 from Phnom Penh will pass Kokir market as well as Slaket and Koh Satharam Pagodas, Then turn left just after Cambodia Post Bank Kien Svay Branch, and make subsequent left and right turns to arrive at the establishment. As of press time, the location was accurately pinned on Google Maps. For more information, call (+855)-(0)96-888-8811.